The international RoboCup community fosters the development of intelligent robots by defining and executing competitions that are used by scientists and students from all over the world to test and demonstrate their robots in attractive, realistic scenarios.

See for yourself what RoboCup teams have achieved in the past 23 years. Meet more than 3,500 dedicated scientists and developers from more than 40 countries. Be inspired by the competitions, and become part of the RoboCup community.

To stay up to date on RoboCup 2019 news, please complete the link below.

Register your Expression of Interest

Today, RoboCup has a variety of leagues to compete; 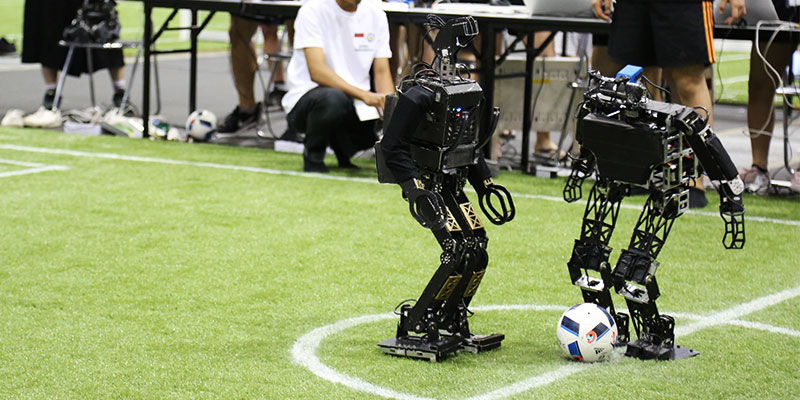 RoboCup Soccer, is a soccer game played by robots, which commenced to promote the research and development of robot and AI technologies through friendly competition. While some other robots are radio- or remote-controlled, in this game, the robots have to think for themselves and autonomously make decisions to act.

The Robot Soccer leagues have established rules for each game, covering different field sizes and numbers of robots. Some of these leagues of multiple autonomous robots playing soccer demonstrate strategic plays based on the mapping of the surrounding robots. The rules are amended at appropriate times due, for instance, to technological advance. 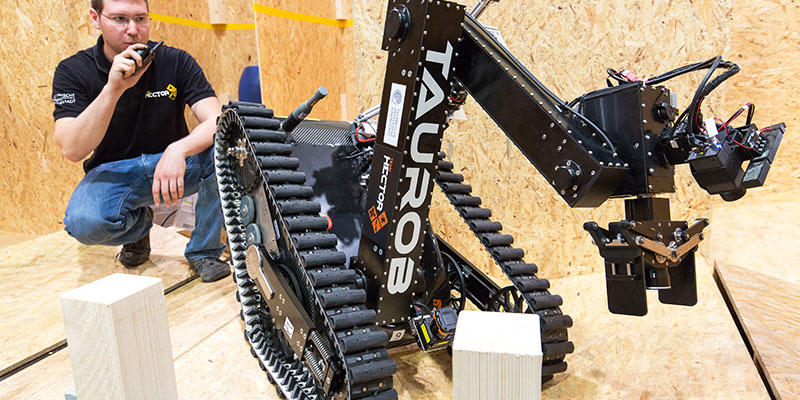 RoboCup Rescue, RoboCupRescue is a competition in which participants compete in disaster strategy for rescue operations, using a major disaster scenario, such as that of an earthquake.

The RoboCupRescue project is divided into three leagues: the Rescue Robot League, the Rescue Simulation League and the Rapidly Manufactured Robot Competition. In the Rescue Robot League, robots carry out rescue operations, overcoming rubble and other obstacles, while acquiring information by themselves. In the Rescue Simulation League, a simulator is used to represent a progressing situation in a disaster-affected area on a computer screen, and many simulated autonomous robots carry out rescue operations through team work.

Rapidly Manufactured Robot Competition, which starts since 2017, focuses on the challenges of robots operating in confined spaces and makes use of recent advances in low cost rapid prototyping, electronics and sensors to lower the barrier of entry into robotics research.

Participants in the RoboCup@Home League compete in the degree to which their robots can perform operations that assist human life in domestic environments such as a living room or a kitchen, using an everyday robot utilization scenario. Important technologies in the competition include robot arm control and manipulation, such as for opening and closing doors and holding objects. Importance is also placed on the robot’s ability to track a human being, and the establishment of naturalistic robot-human communication. Additionally, RoboCup@Home tests the use of all kinds of sensors for voice interaction and image recognition technologies. 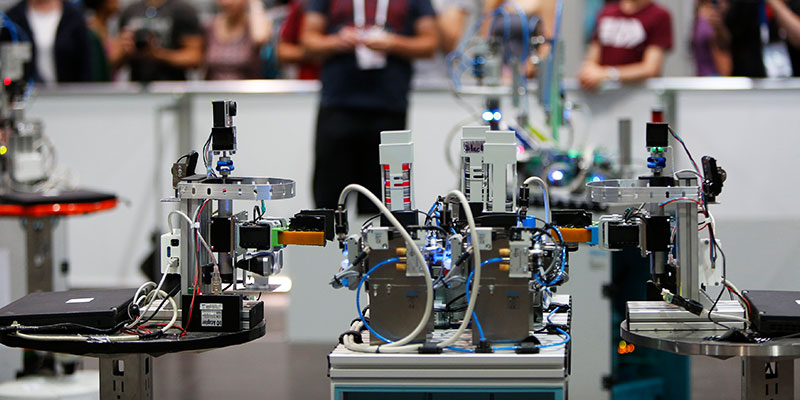 RoboCup Industrial, is separated into RoboCup Logistics and RoboCup@Work. RoboCupIndustrial is a competition between industrial mobile robots focusing on logistics and warehousing systems. In anticipation of Industry 4.0, participants compete in automation through robots, autonomous systems, and mobile robot technology.

Industry 4.0 refers to a manufacturing innovation making optimal use of information technology. It is envisioned that in Industry 4.0, machines will cooperate with each other and with humans to optimize manufacturing sites. 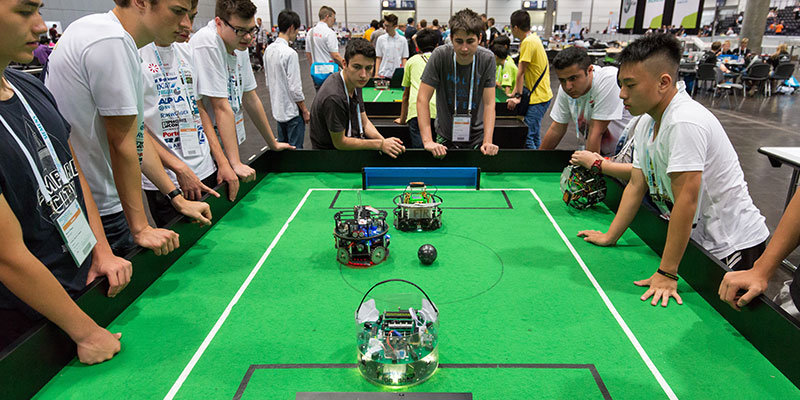 RoboCup Junior, is a junior league participated in by children between the ages of 11 and 19. The main focus is on providing a venue for the collaborative learning for all team members, allowing them to cooperate and unite their strengths.

RoboCupJunior selects competition themes that raise the participants’ curiosity and exploratory drive and encourage them to meet robot design and building challenges.

Entry to the Car Park is via Darling Drive.

An efficient network of transport options make travelling to attractions in Sydney and regional NSW affordable and enjoyable. The Sydney public transport system, provided by Transport for NSW, consists of trains, buses, ferries and light rail. Use trop planner at transportnsw.info to plan your travel.

The Opal card is an easy, convenient way of paying for your travel on public transport in Sydney. It's the only card you'll need to get around on all public transport including trains, ferries, buses and light rail. For more information, visit www.opal.com.au.